I recently had to move a site from a WordPress.com site to an own hosted website.  I had some trouble and had to go through a lot of trial and error before I succeeded.  I search the web for answer during the process, but didn’t find much help.  I did, however, find some forum threads saying stuff about people having similar problems because of large file sizes.  Therefore, I will attempt to outline the steps I used when I finally succeeded.

The problems I ran into where the following:

The problem causing this was that there were too many posts or the file was to large.

During the trial and error process I used a great plugin to reset my WordPress install called WordPress Reset.

The solution to the problem was to export the posts in many smaller files.  It is possible to export posts in smaller portion in many ways.  By author, by date, by content type etc.

I then imported each file one by one until I had imported them all.  This worked perfectly although it took some time.

The only thing I noticed was that the Links/Blogroll was not not imported.  In order to do this, you have to chose to import from Blogroll instead of import from WordPress.  You then have to supply the importer a path to an OPML URL of your blog.

This site uses Akismet to reduce spam. Learn how your comment data is processed. 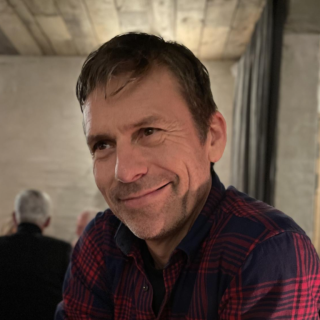 I am a webdeveloper from Denmark. I make my living by building WordPress websites, e-commece sites, custom themes, plugins and widgets.